Is Your Smartphone a Pain in the Neck? 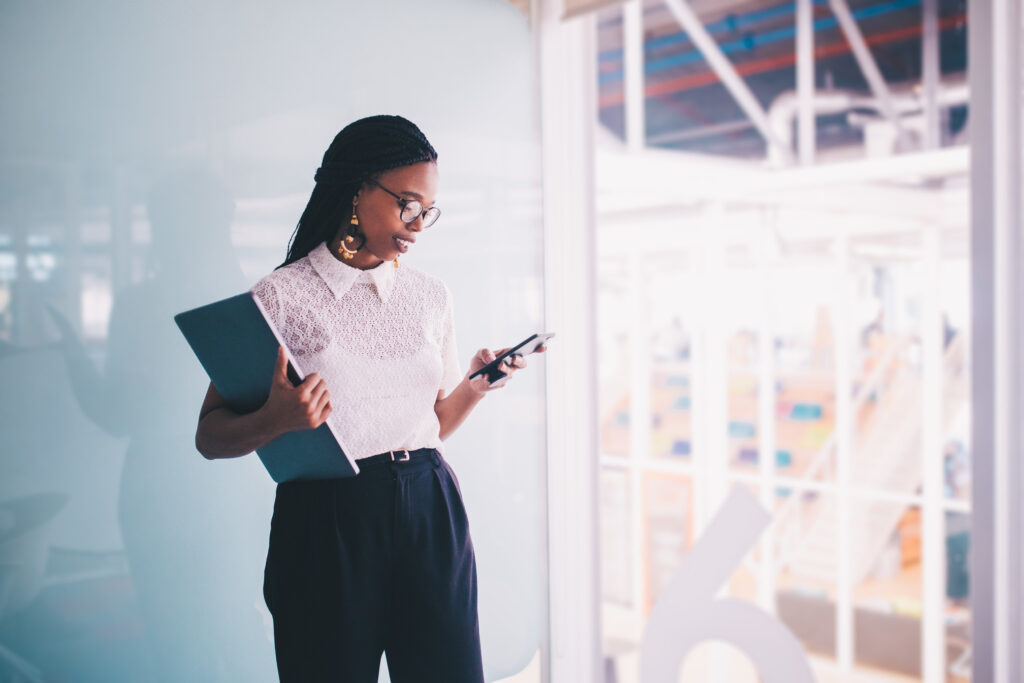 Smartphone technology continues to change the way we live our lives. We carry a device that allows us to communicate with friends and family around the world, receive up to the minute news, watch a movie while travelling, answer emails at 3 AM, as well as share our favorite Grumpy Cat memes! At times though, you can’t help but wonder if your smartphone is a pain in the neck?

All of this convenience takes its toll on our bodies. Just as the early 20th-century invention of the electric typewriter introduced us to carpal tunnel syndrome, and the late 20th-century release of the modern cell phone brought us BlackBerry thumb, daily use of cell phones, tablets, laptops, and computers are ushering in the era of new head, neck, shoulder, and back problems.

In 2014, Kenneth Hansraj, MD, an orthopedic surgeon in New York, released the study “Assessment of Stresses in the Cervical Spine Caused by Posture and Position of the Head” in Surgical Technology International.  The study concluded that “the weight seen by the spine dramatically increases when flexing the head forward at varying degrees. An adult head weighs 10 to 12 pounds in the neutral position. As the head tilts forward the forces seen by the neck surges to 27 pounds at 15 degrees, 40 pounds at 30 degrees, 49 pounds at 45 degrees and 60 pounds at 60 degrees”.

Lee, Kang, and Shin’s article “Head Flexion Angle While Using a Smartphone”, published in 2015 in the Journal of Ergonomics, found that “participants maintained head flexion of 33-45° from vertical when using the smartphone. The head flexion angle was significantly larger for text messaging than for the other tasks, and significantly larger while sitting than while standing”. This position results in neck and shoulder musculature sustaining a head weight equal to 40 to 49 lbs.

Prolonged and repetitive use of this posture leads to changes in muscles of the neck, shoulder, and chest that are known as Forward Head Posture (FHP), or Upper Crossed Syndrome (UCS). First, the upper muscles at the back of the head and neck become extremely strained and overactive. When these muscles are overactive, the surrounding counter muscles are underused and become weak. Then, the muscles in the front of the chest become tight and shortened. The overactive muscles and underactive muscles can then overlap, causing an X shape to develop. In addition to face and neck pain, these issues can progress to include sleep apnea, teeth clenching, difficulty swallowing, changes in balance, and migraine headaches.

So, what can you do about this? Below are listed a few general tips to reduce or prevent the onset of FHP/Upper Cross Syndrome.

Is your smartphone a pain in the neck? Personal consultation with a trained Physical Therapist will allow for a customized approach to address specific muscular, postural, and ergonomic concerns associated with your pain. Contact the team at REHAB AT WORK today to learn more, or refer a patient for our services.

Follow REHAB AT WORK on your favorite social media platforms to receive the latest company news and helpful tips on feeling great! 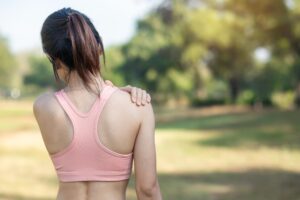 Keep Moving Forward at Your Own Pace 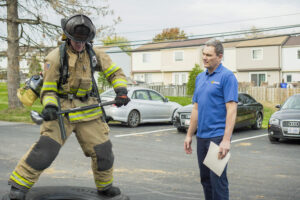 What is Work Hardening and How is it Different from Physical Therapy? 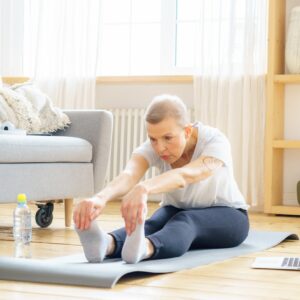